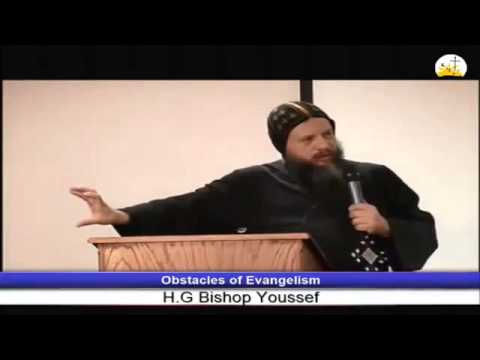 “In one of the American “style” parishes, there was a disagreement about whether to get together and sing Evangelical songs in addition to the Liturgy. Did they argue until one side one [sic] and they became divided? No. Did they just pick one or the other for the sake of unity? No, clearly one answer is right. They asked their bishop to arbitrate their dispute. H.G. did not simply impose a decision. He asked each side to explain to him why they feel the way they do. After carefully listening to them and making sure he understood exactly what they were asking for, without quickly jumping to assumptions about what they wanted, H.G. answered them. He said that there are not two kinds of worship, each meeting different people’s needs. Orthodox worship is the Liturgy, and heterodox worship is a lie, an attempt by the evil one to distract people from the true worship in spirit and truth. H.G. did not allow the meetings to sing evangelical songs. Because H.G. is a wise pastor, everyone felt heard, considered, and respected. Because the group chose to submit to H.G. rather than striving for their own will, they remained united, and moved forward towards establishing Orthodoxy here.”
- A second-hand account of the establishment of “mission” parishes in Los Angeles by H.G. Bishop Serapion

“Right now we see youth – you know, people – just make this decision on their own, ‘That’s culture, remove it from the Church’… No… that is the role of the leadership in the Church how to pave the way… to decide what’s culture and what’s not culture.” – H.G. Bishop Youssef (see the above video)

The goal… is not to remove “difficult” or “unfamiliar” elements from the Coptic Church and present it to Americans that want a wide-road approach to Christianity.  Instead [the parish] carefully considers how best to take an authentic, undiluted Orthodox faith and make it accessible to Americans…

Missionary work is a main occupation of the Church as a whole, not a unique assignment of a few select parishes.  The [parish] is therefore no more or no less missionary than any other Orthodox Church in the world.  It is simply an Orthodox Church that caters to the spiritual needs of the local community where it exists, namely America.  By this definition, the Coptic Church in Egypt is also a missionary Church since it also meets the spiritual needs of the culture where it exists…

The goal… is to make Orthodoxy just as alive and accessible to American-raised Copts and other Americans living in the US as it is to Egyptians living in Egypt.  This is accomplished not by changing the dogma or Tradition of the Church, but by focusing on and catering to the unique elements of the American culture.

That being said it is important to differentiate between which elements of the Church can be adapted and which cannot be.  Most American Christians identify as Protestant, and therefore the Protestant tradition is the one most familiar to them.  However this tradition fails to bring the genuine Christian faith, as established by Christ and passed down through the Apostles, to America.  The Protestant Reformation explicitly rejected Orthodox teaching while choosing to establish its own interpretation of Tradition and Scripture.

Orthodoxy and genuine Christianity cannot be made known to Americans by abandoning much of the Orthodox Tradition or diluting it to fit what a modern Protestant or secular mindset would accept at face value.  The Mysteries of the Church, the centrality of the Divine Liturgy, the role of the priesthood, the lives of the saints, monasticism, fasting, depth of prayer, and theological instruction are all essential elements of Orthodox Christianity, and must remain a core foundation of any church that claims to be Orthodox.

It is also important to understand that authentic Orthodoxy is much deeper than simply taking a Protestant church mindset and inserting liturgies and sacraments.  All aspects of Orthodoxy and Orthopraxy revolve around the liturgical life of the Church.  Orthodoxy is a worldview that encompasses all of life, and is not simply a mode or style of Sunday worship.

Instead of looking to the American Protestant church for guidance, we should ask the question: What elements of the Orthodox Church are Biblical, Traditional, and life-giving?  Any element in the Church that meets these criteria should be retained, but presented and taught with an American audience in mind.  For example, catechism programs need to consider how a typical American might perceive certain elements of the Church, and speak at a level they can understand to gradually bring them into the fullness of the faith.  At the same time, any elements that are deemed cultural as opposed to dogmatic, and do not meet the Biblical, Traditional, and life-giving criteria can be evaluated to determine the impact of any proposed changes.