Historic Conference on the Future of the Church Abroad

Brothers and sisters, we live in exciting but critical times. In late May this year, H.H. Pope Tawadros will convene a conference to discuss the way the Church conducts its service in the Lands of Immigration – which will set the course of the Church for the next 50 years.

Of the various viewpoints to be presented at this conference, there are two alarming propositions – both predicated on ecclesiological and doctrinal relativism:

1. Changing the calendar/method with which the dates of the Feasts of Nativity and the Resurrection are calculated. While changing the date of the Nativity is not invalid in and of itself, it seems largely motivated by a desire to pursue ecclesiastical unity with heterodox groups at the expense of maintaining unity with the rest of Orthodoxy. Such would be a false unity and a sign of apostasy, in contrast to a proper union based on one faith (doctrine), one spirit and one mind (phronema). Note that this authentic unity would only theoretically be possible with the Roman Catholic Church and the Assyrian Church of the East (and of course the Eastern Orthodox Churches), since the Protestant groups lack apostolic succession. We encourage everyone to vote AGAINST any change to the calendar here:http://www.surveymonkey.com/s/CopticFeasts
2. Adopting a Protestant revivalist/charismatic model for ‘mission’ to youth/converts under the guise of inculturation. This would involve the normalisation of ‘praise and worship’ and contemporary Christian music in the corporate worship life of the Church. This must likewise be rejected – concerned readers are invited to email letters on this topic to [email protected] to be presented to His Holiness at the conference.

In this lengthy article, we present several key articles/resources:

1. A video of authentic Western Orthodox worship at a youth camp
2. Fr Peter Farrington presenting the authentic Orthodox model for mission
3. Fr Athanasius Iskander on “A Vision for the Next Fifty Years”
4. Fr Lawrence Farley on liturgical phronema as an obstacle to Orthodox reunion with Rome. This encompasses Roman Catholic ‘praise and worship’ and the associated Catholic Charismatic Movement.

The Divine Liturgy of St John Chrysostom sung by youth of the American Carpatho-Russian Orthodox Diocese at the diocesan youth campsite, Camp Nazareth. Note how Westernization does not equal Protestantization. 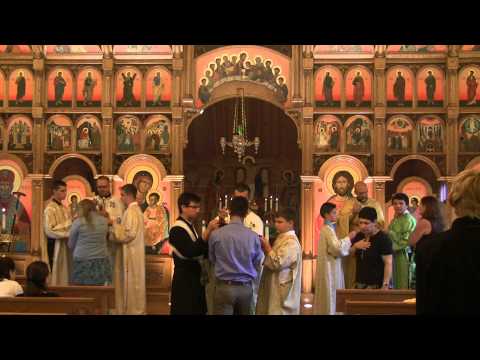 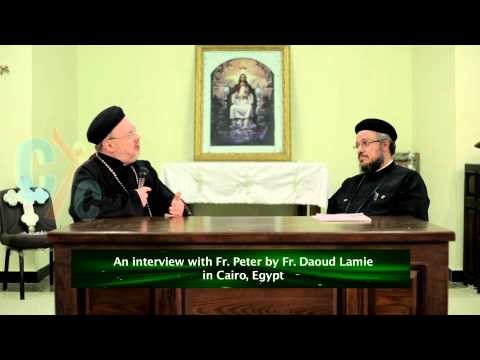