Girgisantony
March 2015 edited March 2015 in General Announcements
Recently there has been much controversy around Wadi el Rayan. Basically it is a desert area near Fayoum. This area is so hard to live in even the Bedouins aren't at rest there. At one point, Abouna Matta el Meskine lived there before he went to St. Macarius Monastery in Wadi el Natrun. Some monks moved there a while back and then they gave the Wadi a conservationist status which mean no one can live there. Problems eventually spiraled out of control; more details in the video below which is an interview with Abouna Boles el Rayani. Then Pope Tawadros, Anba Rafael, Anba Abram, and Anba Armia got together and signed a paper which basically defrocked the monks (which means they can no longer be considered monks and as a consequence no monastery will accept them). I really don't believe that the action taken by His Holiness and the three bishops was unfair. I want to know other peoples opinions and before anything you have to listen to the interview with Abouna Boles (it will tell you about all the events that took place whereas the videos with Anba Rafael only state the final decision of the Holy Synod).
Abouna Boles interview: 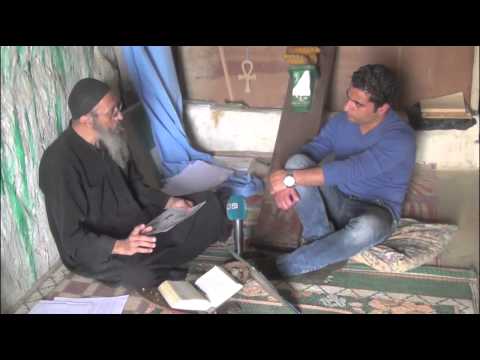 Further Problems the monks are facing: